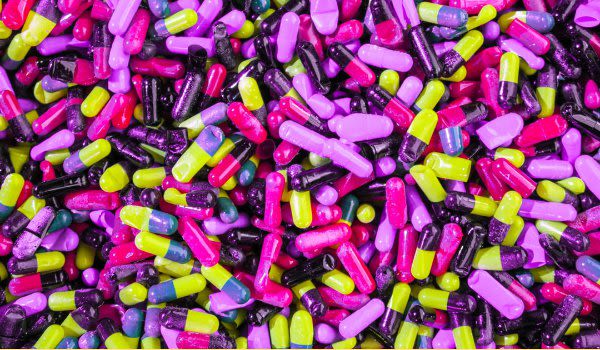 DO YOU KNOW WHAT TO DO AFTER BEING CHARGED WITH POSSESSION OF DRUGS?

The FBI has estimated that nearly 1,572,579 arrests have been made concerning drug violations within the U.S. in 2016. The problem is, nearly anyone can end up being accused of an alleged drug crime. You need to fight the accusations by hiring a drug offense attorney that has tireless experience when it comes to fighting drug charges. Drugs ruin lives, even for people who are innocent of charges. A great law firm understands that your interests need protecting, and they are ready to defend you in a court of law against those types of allegations.

What Type of Drugs Can Get You in Trouble with the Law?

If you are found to be in the possession of certain drugs including Fentanyl, Heroin, Cocaine or Crack, Methamphetamines or certain prescription drugs like Xanax, Vicodin, or OxyContin that you have no prescription for, you could be facing drug possession charges. What does this mean for you? If charged with a felony offense, you could be facing prison time. Recent changes in legislature have moved forward to offer probation and treatment for certain drug offenses instead of incarceration. This is especially true for first-time offenders and lower-level offenses. When you speak with a drug possession lawyer, they will explain the law process including how it will directly affect you.

You Could Be Facing Different Types of Penalties

Even with the progress that has shifted away from incarceration, there are other penalties. Those weighty penalties could include probation, fines, driver’s license suspension, or just having a felony on your record. No matter what charges you face concerning drugs, they should all be taken seriously. These types of charges can literally change your life and could have a negative impact.

How Did You Get Caught with Drugs?

More often, a drug charge has been put against you because you were stopped or searched. Typically, this happens in traffic. Police are expected to conduct this type of stop and search in a certain way that does not violate your constitutional rights per the 4th amendment. Your attorney may advise you that a motion to suppress could serve you well if your rights have been disrespected. A motion to suppress asks courts to disregard and remove evidence that has been obtained while your constitutional rights were violated.

If you have been pulled over in traffic and the stop was baseless, you can file a motion to suppress. Was an illegal search performed? This is another situation that calls for a motion to suppress. Law enforcement must have a warrant in order to conduct a search of your vehicle, you or your home per the Supreme Court. There are some exceptions for warrantless searches, but they still must be handled properly.

Discuss exactly how the police handled you and your situation with your attorney to learn if you have cause for a motion to suppress. Every little detail counts. If you have been arrested for drug charges, evidence that has been obtained improperly should not be allowed in a court of law. Experienced attorneys will make sure improper evidence is called into question with the intent to have it thrown out. You can count on your legal representation to examine every facet concerning your case so you get the strongest defense possible.

What Is Drug Court?

In certain states like Ohio, there are drug courts in some counties. This type of court is specifically focused on drug cases alone. The court endeavors to help people more than just send them to jail. The underlying issues of drug addiction are addressed with the idea that those specific crimes can be deterred in the future. There are treatment programs in place that last a year. Those charged have the opportunity to complete the program and if they do their charges are dropped. This program does not accept everyone, however. Your attorney will know the ins and outs of drug court and can help put together a decent case so your chances are better at being accepted.